Sunday Sessions; The Soundtrack to My Life – The Lemonheads 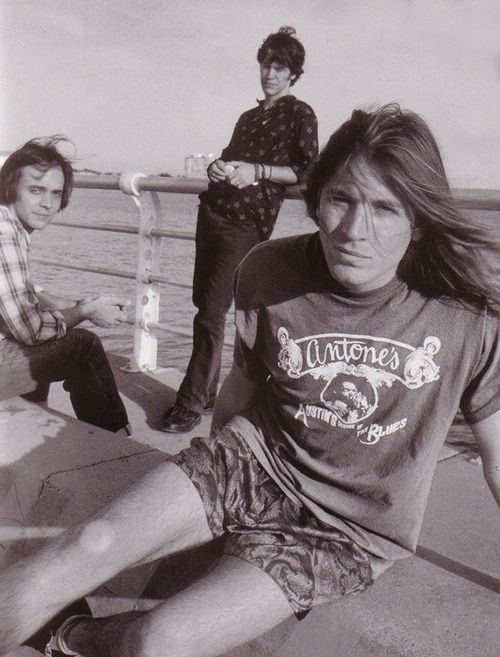 One of the many line-ups throughout the years

The Lemonheads have been around for the last 30 years and the only true constant in the band is my mate, Evan Dando *ahem, photographic evidence below! ahem* Over the years there has been more than 20 different members, including Juliana Hatfield and Jesse Peretz (now a director who’s worked on such shows like Girls and Nurse Jackie) probably the most for any band! And throughout it all their poptastic/rock tunes continue to put a smile on my dial!

The Lemonheads began as a metal/punk band playing to college crowds in Boston and later came to prominence with their cover of Mrs Robinson in 1992. But it was their song If I Could Talk I’d Tell You, in 1996, that really struck a chord with me and from that moment I was hooked. Throughout late high school and university I devoured anything and everything I could get my hands on. Remember, this was pre YouTube days, so I was tracking down rare recordings and bootlegs that would cost a SHIT TONNE from stores like Gaslight Records here in Melbourne (memories!). My obsession for their music was pretty crazy and it helped that Evan Dando was (and still is) one sexy mofo!

Thanks to his ties with Australia (several ex members were Aussies) Evan tours here quite frequently and over the years I’ve managed to see him many times. During his last tour in 2014 I had a feeling I’d meet him (did I ever tell you guys I was a little psychic? Somebody please remind me to tell you more about this!) and sure enough as I was walking into the venue lo and behold I run right into him!! OMFG! This was also the night I met Ana from The Margarita Files in person. and realised she has some amazing taste in music too.

I know I mentioned that I’m not usually a fan of a band’s most popular hit, but I have to say this song is awesome PLUS Johnny Depp is in the video. I mean c’mon…Johnny Depp?! Need I say more? Enjoy and happy Sunday x

Tagged as: 90s, Alternative, Evan Dando, Music, Sunday Sessions, The Lemonheads, The Soundtrack to My Life